How “Rice&Potato” Met | Her Perspective 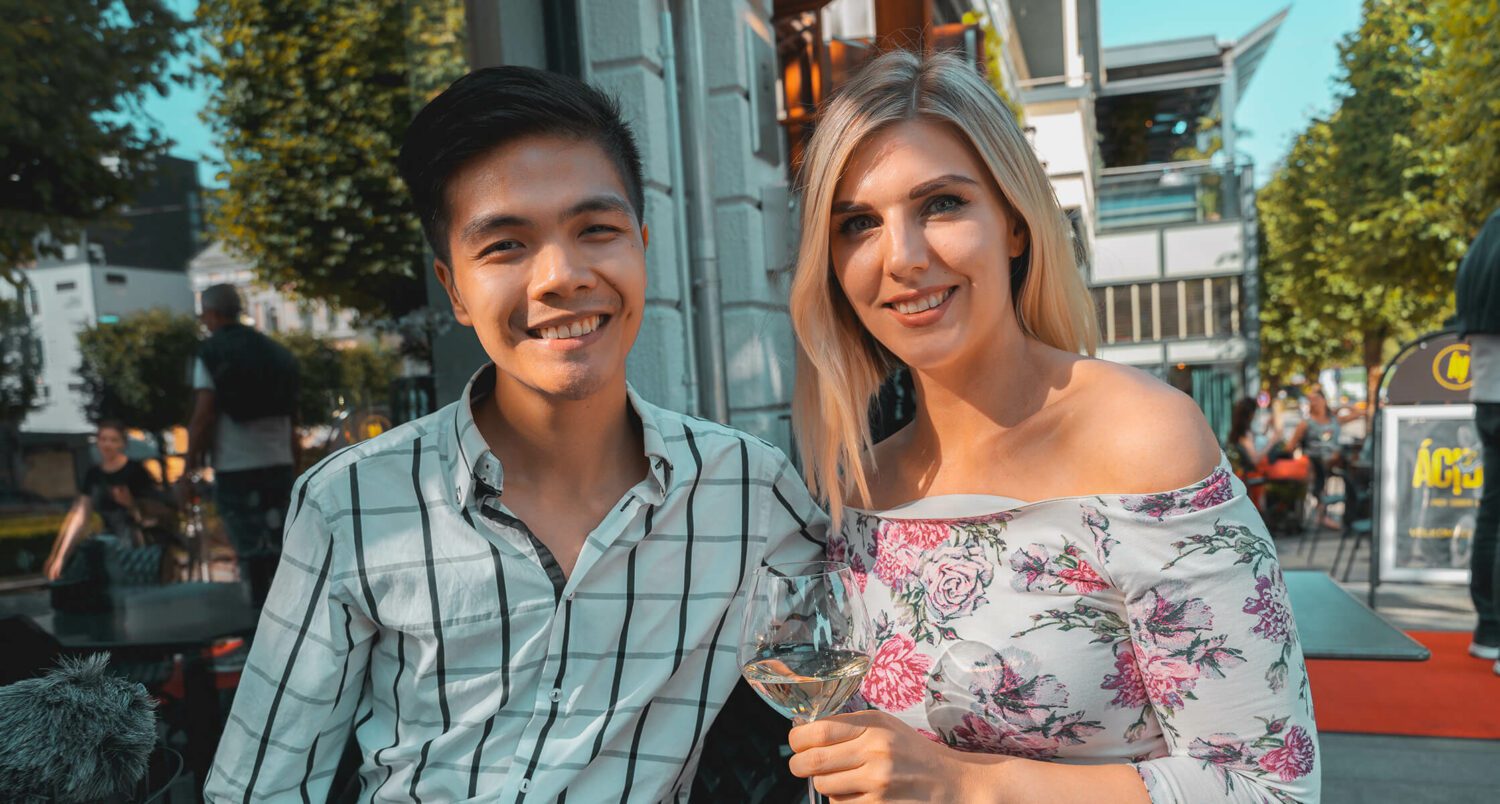 Potato sat quietly in her seat, trying not to focus on everything that annoyed her about boarding a plane. The air conditioners that were running loudly, heavy hand luggage that was being pushed in the overhead compartment with loud banging, children that were shouting and people making those ‘I’m so annoyed right now’ sounds that  Norwegians make when they don’t want to confront others. There were many of those exact sounds, especially since people apparently hadn’t learned to let others pass before sorting their luggage in the aisle. It is said that either you’re a person who is annoyed by everyone on the plane, or you are the one who annoys everyone else. Potato was definitely one of those annoyed, and the irritation usually felt as though she couldn’t breathe properly, as someone was sitting on her chest. What made matters worse was the fact that she was heart-broken, and breaking her heart was the guy sitting next to her. They had became a couple when she was only 15 years old, and had been together for almost five years, living together the past 3 years. Only three days prior he has told her that he didn’t have feelings for her anymore and that he wanted to break up. She had begged him to hold off the breakup at least until they came back from her long awaited holiday, and to give her a last chance. They were going to Japan for the first time and it had been her dream for many years, and now it felt like two dreams were shattered like a glass. All she could do was sit quietly in her plane seat trying not to cry from a broken heart or go crazy from the distress of boarding a plane.

It was as if time stopped for a minute, when a person walked past her seat and down toward the end of the aisle. He had black semi-long hair, almost reaching his shoulders, his eyes were narrow, and somehow he seemed quite familiar. She thought to herself Where have I seen you before? It was not an unusual thing to recognize people you do not actually know in her home-town. Bergen was the second largest city in Norway, though it was a small city with only about 300,000 people. Another logical explanation as to why this person seemed familiar appeared in her mind – during the past year Potato had befriended several people from Japan and Hong Kong through a student exchange program arranged by the university in which she studied. Her instant thought was that he must be one of their friends. Maybe they had passed each other in the student dormitory where her Japanese and Cantonese friends lived. He must be an exchange student she thought to herself, before the aggravating sounds got to her and she snapped back to the distressed state in which she had been in a few minutes before.

After spending about five hours in Copenhagen airport it was soon time to board the plane that would take her to Japan. Potato sat on a hard, wooden bench next to her boyfriend who was more interested in his Nintendo 3DS than in chatting with her. They were the only two Caucasians there, surrounded by Asian people, and she felt extremely alone. It was hard to manage all the feelings that were building up. She knew it deep down, once this trip was over, he was going to break up with her. She could see it so clearly now, that he had no interest in her.


As she was trying not to break down in tears, she realized someone was standing right in front of her. She looked up and there he was – the same person from earlier with the semi-long black hair with his narrow, dark eyes. This time he was smiling beautifully. ‘Hi, are you guys from Bergen?’ he said in Norwegian and with a fluent Bergen dialect. Potato could not believe what she was hearing as she really thought he was one of the exchange students. After confirming that Potato and her boyfriend were indeed from Bergen, he started listing a whole bunch of people, asking if they knew them. He was indeed mentioning many of Potato’s friends, the exchange students. ‘Yeah, you too? How did you know?’ was the immediate response. He explained that he’d recognized the two of them from his friends’ pictures and that every time he couldn’t go to an event at the student dormitories, he always saw them in the pictures after. The three of them ended up chatting about their common friends for a while. He said his name was “Rice” and that he was born in Norway but his parents were Vietnamese. He explained that his girlfriend was Japanese, and that he was going to Japan to visit her. Interrupted by the loud speaker telling them to board the plane, they ended their conversation and continued on their journey. 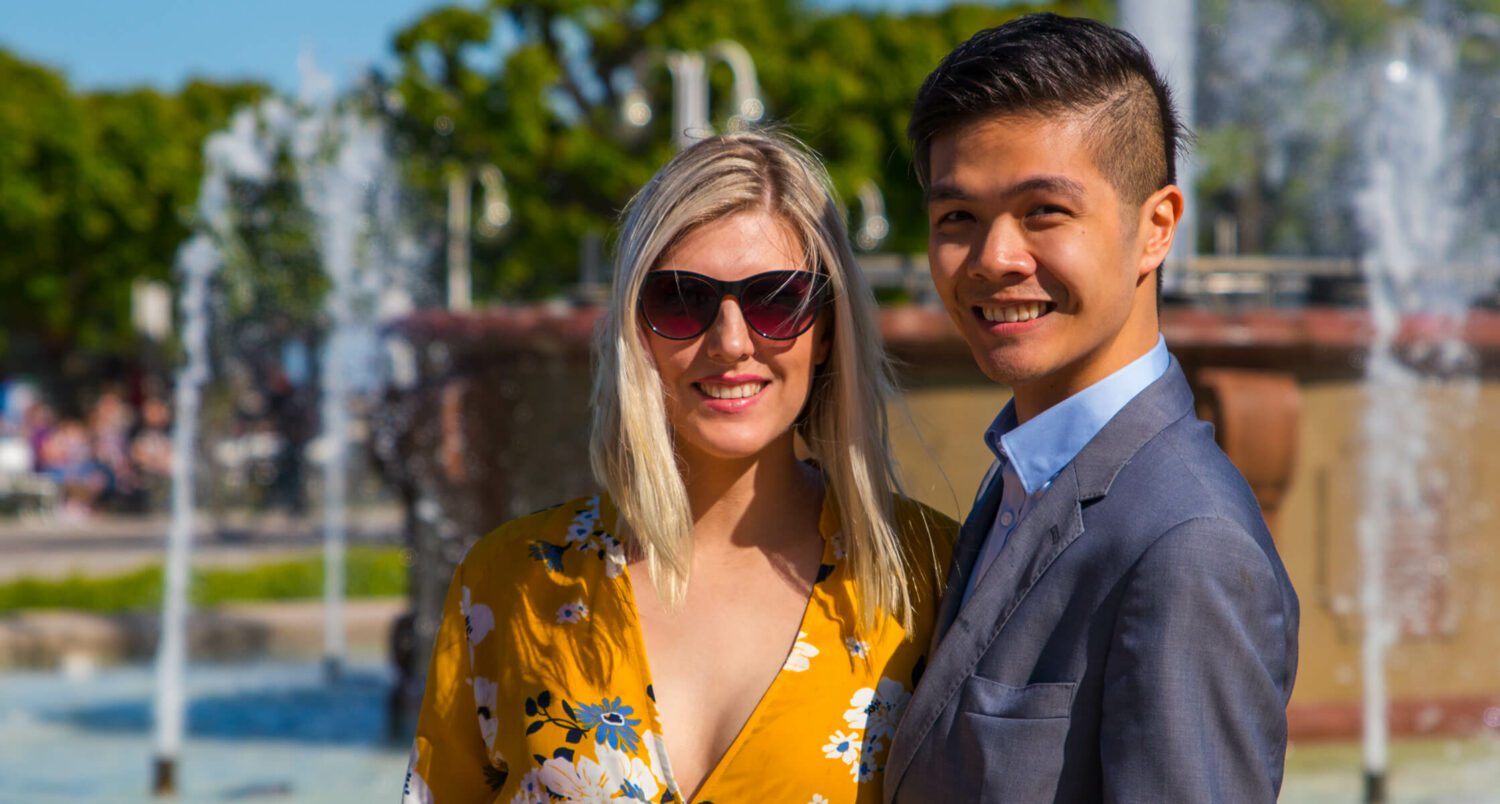 Onboard the plane Potato was getting uncomfortable again, she could never sleep on a plane, and due to the almost breakup she hadn’t slept properly for days. In fact she hadn’t slept at all the night before. Now she was so tired yet could not sleep no matter how hard she tried. Her boyfriend on the other hand slept like a baby, as if he had no worries in the world. She was bitter, he knew how much she struggled with planes, yet he just slept and let her sit there on the 11 hour flight. The heart-ache started rushing up again, so she got out of her seat and headed towards the toilet. And there he was, that same guy she was just talking to before entering the plane. Out of all seats in this gigantic airplane, he was seated right next to her nearest toilet. He was smiling again and her heart jumped for a moment. They started chatting again, minutes turned into hours and they talked about everything from Japan to gaming. Suddenly she found herself sitting in the flight attendant’s seat right in front of him. When being told to move, she moved from the chair to the floor. She found herself smiling a lot, feeling happier than she had felt in a very long time. With this stranger she had so much in common, thus their conversation never ran dry. After a long time, Potato’s boyfriend came strolling over and joined the conversation too, but after a while he returned to his seat to sleep again. Potato and Rice, however, sat for almost 11 hours chatting, laughing and having fun, Potato thought to herself Today I’ve made a new friend.


Upon arrival in Tokyo, Potato and her boyfriend realized that they had not filled out their declarations, so Rice helped them fill them out. He had done it before as he had studied in Japan for a year when he was 17 years old. The three of them walked out together, however, Potato’s boyfriend became stuck in security and Potato was forced to continue ahead of him. She went strolling out of the airport with Rice, and there amongst the big crowd of people, Rice’s girlfriend was waiting. He was so excited to see her, and so was Potato – she had heard so much about her during the trip. However, to both of their disappointment she seemed rather angry. She mumbled something to Rice in Japanese, which Potato couldn’t hear. All she heard was his response to it, which was “Well, if you don’t even want to hug me after a year apart, I might as well go back to Norway”. It was the first time he seemed irritated during all those hours. He apparently wanted Potato to hear because he spoke fluent Japanese with her after that. His girlfriend wouldn’t even look at Potato and she couldn’t understand why. Rice was apologizing on his girlfriend’s behalf. Potato was confused and just replied that he didn’t need to worry. Rice and Potato said goodbye and went their separate ways.

It was almost two years after, Rice and Potato went on their first date. During those years apart, Potato and her boyfriend had broken up, gotten back together, she had moved to Japan to study abroad, she and her boyfriend had broken up again. She started chatting with Rice on Facebook, and apparently he had also been through a horrible breakup. The two of them started sharing their pain and problems, and at first they were just friends helping each other out. But after being single for a longer period of time their feelings for each other started to blossom. Little by little the friendly and funny chat turned into flirting, and this went on and off during her last 6 months abroad in Japan. Only three days after Potato returned to Norway she met up with Rice, and the story of Rice&Potato was about to begin…