Lost In Translation: When Your Mother Tongue Is Their Second Language. 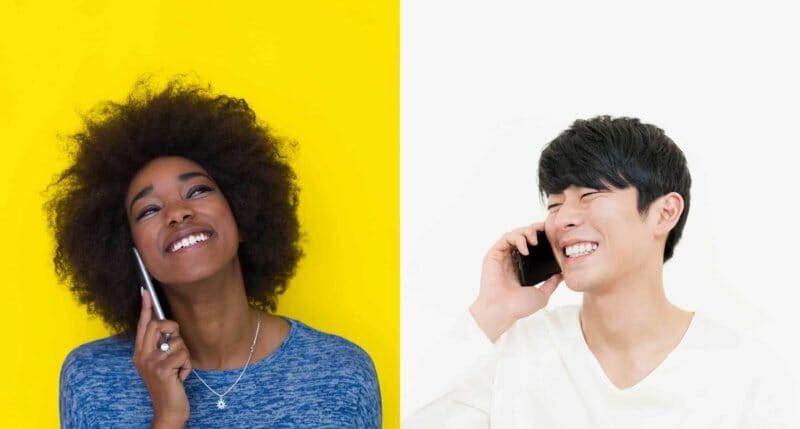 One of the biggest obstacles to overcome in a relationship is learning to communicate with one another. Perhaps the most difficult hurdle most couples experience is trying to communicate to each other in a way where both benefit.

Something native speakers experience who are in relationships with people whose mother tongue is different from their own is how communication can be so much more difficult. I think it can be agreed that no matter what the language proficiency is, there are things that are cultural that may not translate to the person you are dating.

I’ve dated a handful (I’m not a monogamy whore if that’s what you’re thinking) of guys who were from different countries than my own. Their first language was different from mine and sometimes communication was difficult. Once you add pride to the mix, you have a few men that would rather me think I was being ignored than own up to not understanding an idiom or figure of speech. I’ve also had situations where my thoughts were taken out of context, and not because of misunderstandings between genders. It was because in their language or culture it had been translated negatively. So, I put together a playlist of ways communication can affect your intercultural relationships:

Idioms are forms of expression natural to a language, person, or group of people. Often times we have things we say to each other in English that we don’t think twice about. Phrases like, I’m going to hit the sack, sit tight or go cold turkey are common in American English. However, when English is your second language, this is basically gibberish. I’ve found that the guys I’ve dated would rather have me think they were being rude to me, than admit to having no idea what I was talking about.

Has your significant other had something that was common in Bae’s culture, but in your culture, it is seen as a red flag? For instance, I dated a guy a while ago that would not introduce me to his parents. I had no idea why, until I took it upon myself to google about dating in his culture.

In the United States, it’s common to introduce your parents to people you spend time with. It’s not a big deal to even introduce someone you are just dating casually. American parents just want to be in the loop about who you spend your time with. It’s probably not a formal meeting and your casual dating partner more than likely won’t be spending time with the family. However, in some cultures, you won’t meet the parents unless you are engaged. They want to know you will be with this person for the rest of your life before they get attached to your beaux. I’m sure he/she would have their own individual technical cultural reasons, but in essence, you need a proposal before you get introduced.


3. Language of Love by Gloria Estefan

I dated a Chinese guy who spent 98% of his life in China. We misunderstood each other at least twice a week. Between the pace of which we both spoke and accents, we had our work with communication cut out. When you add in things that are acceptable to say in one country that definitely isn’t in another… my friend, you have a problem. For instance, Americans are a little more reserved with the truth (we sugar coat things) as opposed to other cultures who are more blunt. I’m not a big person, but he had no problem calling me fat. I was livid! However, most women in China are smaller compared to the average American woman (don’t believe me, try ordering your normal dress size on a Chinese or Korean site… you will be sending it back) and to them, we are indeed fat. They also believe they are helping by being honest.

It takes some getting used to. I learned to not spare feelings by watering down the truth from him. He learned to keep certain things to himself, especially if the bigger picture was that he liked my body regardless of the size. I know what you’re asking why didn’t it work out? He just wanted to marry any girl who wasn’t Asian. The relationship lasted two seconds.

The moral of this article is: communication regardless of culture, is important. You will see just how much your communication skills need work when you speak to someone whose second language is your first. Taking the extra time and effort to discuss things through to make sure you are on the same page is dire. Intercultural relationships have the chance to last, and couples have proven so. You just have to hone your communication skills and your patience.

About Author:
Saran Lawson runs two blogs. She writes about international pop culture, fashion and interracial relationships. She is working toward becoming a best-selling fiction novelist. You can follow her via her Blog, Instagram and Facebook.