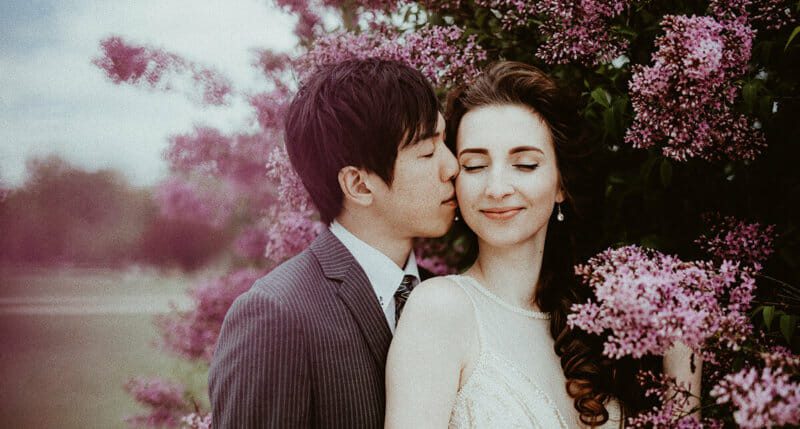 How did you meet?

Jenny: We met on a dating site. I’ve searched in a lot internet sites like Interpals or dating sites, people from Japan because I did plan a trip to there.

Shunji: We met on an Internet site. She talked to me about my leg on profile picture. She was the first girl until then, which recognized my disability. Since then we talked everyday. We fell in love and met finally in Tokyo.

If your relationship began as a long distance one, what was it like to create a life together in the same place?

Jenny: Of course very exciting. As we decided to live at first in Germany, I wanted to have everything perfect for him. Wanted to be sure that he feels comfortable in his new home. I searched new apartment, bought new furniture and included him with searching new bed, table etc., we spoke a lot about future, which steps we wanted to go, financial stuff.! We’ve really looked forward to have each other everyday!

Shunji: I was really nervous and excited to the same time. To give up your safe job, to left behind family and friends, is a big step. But the feeling to be with her was more stronger. Sometimes she is scared that I miss Japan, I think she missing Japan more than me 😀 But there is no reason. Nowhere is my home when she is not with me. She is my happiness and thanks to her i feel after the years more alive than before.

Did you have any difficulties integrating your families into each other’s lives?

Jenny: Actually no! Our both families are very open minded. And their was very happy to meet finally! It was a very funny and good time. I wish we all can live together in one place!

Shunji: No, my parents have some international senses. Like they let me to go foreign countries to learn in my childhood.

Have you each learned how to cook each other’s culture’s cuisine?

Jenny: I tried some yes, YouTube can be really helpful 😀
Some recipes I got from his mom. I can’t beat his mom.. you know, moms and grandmas food are always the best 😀 next time when I see her, I want that she cooks with me, to teach me Shunji’s favorite foods. Shunji getting better with cooking too 🙂

Shunji: Yes, my wife for example already cooked Ramen and Tempura for me. The both was very tasty and I felt that she is lovely. And now I’m able to cook bratwurst set. It isn’t really difficult but I learned it since I came to Germany.

What did you do on your first date?

Jenny: Actually we never had an officially first date. For me is everyday a date, where I can spend time with him together. But we spend the first time alone without his dad or anyone in my second day in Tokyo. And he showed me around 🙂

Shunji: We went to my hometown together. I have showed her around. We didn’t do anything special but we talked so many things in cafe. Like we decided to become officially a couple. Because we were internet couple until then.

What was it like to tell your friends and family about meeting someone from a different culture?

Jenny: They were more scared that I meet a strange guy in an another country, all alone and just did him know from internet and Skype. (When I look back it was really crazy, maybe I wouldn’t allow it to my daughter 😄) but I just listened to my heart and it was a really good and safe feeling for me. The point that he is from japan never disturbed anyone.

Shunji: They knew that I’m an international person so they are not surprised about it. 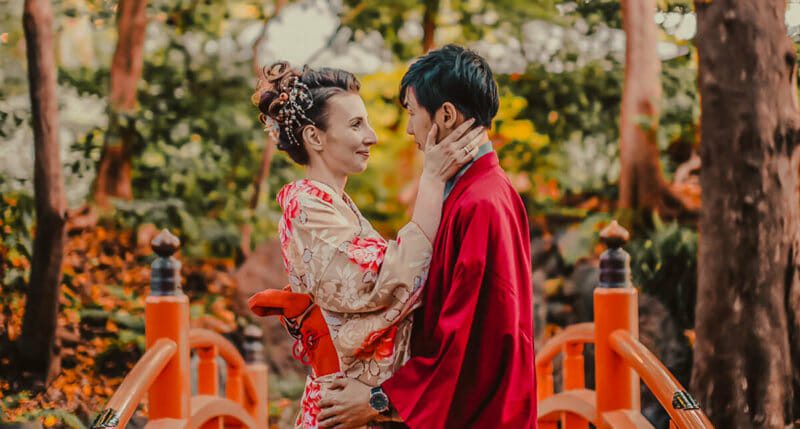 Were you always interested in dating someone from a different culture?

Jenny: No, actually never. Never searched an Asian guy 😀 At first the language, my English is not the the best and same with learning new language like Japanese is really hard for me, and second is that I never got the chance to meet someone from there. My hometown is pretty small and not so international like Berlin.

Shunji: Not always but yeah sometimes. Just I never minded from where she will comes.

Do you want to visit the country your partner is from and if you have, what was it like

Jenny: It was the best experience in my life. I think my first traveling alone to the country which I always wanted to see since my childhood and with the love of my life can’t beat anything.

Shunji: I had actually been in my wife’s country before we met. So I felt like to come back or something. But when i visited her hometown, everything was new on me.

What were the things you had to adapt to, while dating someone from a different culture?

Jenny: Hmm I don’t think there was something to adapt. It was more that I watched the people from japan how they acting in group and outside. And tried to take some, because i found them very politely and attentively compare to german people.

Shunji: Hmm, i had nothing to adapt to her. I guess German and Japanese are not too different like the other countries. We both are developed countries and already have similar sense as human being.

Who wins most arguments in your relationship?

Jenny: I don’t understand the question 😄 of course me 😅 I think he gave up though 😉

Shunji: It depends on the situation. We always feel like “what’s wrong with me?” and to argue “how I got the feeling” without trying to understand the opponent. To be honest, my wife wins arguments mostly. Because I won’t say many since I gave up to explain. Often the one sorry word beat many words. 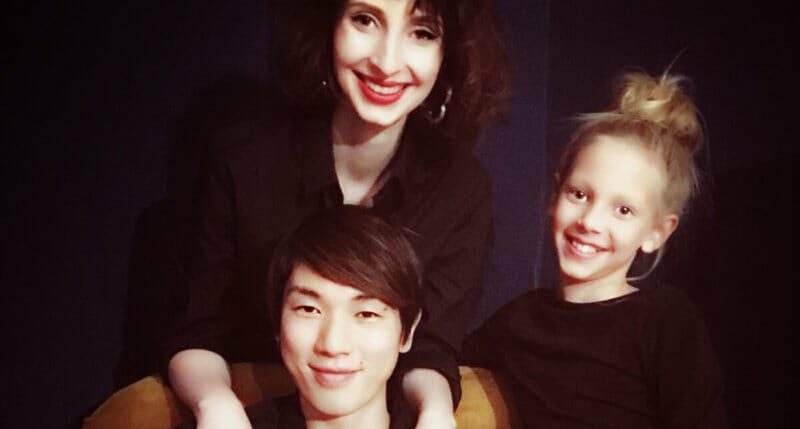 What is your dream vacation together?

Jenny: Someday we want to see the Caribbean.

Shunji: We want to travel someday the Caribbean island. We are actually about to honeymoon in Sicily this April. Now I’m full of it about the vacation. And just happy.

What is the sweetest/cutest thing about your partner?

Jenny: Shunji’s heart is so big. His acceptance to people is amazing. I’m judging faster than him when it’s about people. He will listen to you and accept your view and still keep his own view about things. You can be sure that you can be 100% yourself with him, and that’s what I love. I don’t need to change myself that he will like me. Never needed it.

Shunji: She always thinks about me and trying to make me happy.

Shunji and Jenny Ishii are a couple from Japan and Germany. They’ve been a couple since since November 2015. They currently live in Germany. You can follow them on Instagram here.

If you would like to participate in a Q&A on our site, please contact us at hello@greenteacoffeedate.com.

*The above post is owned by Green Tea and Coffee and may not be republished or copied without consent from us.